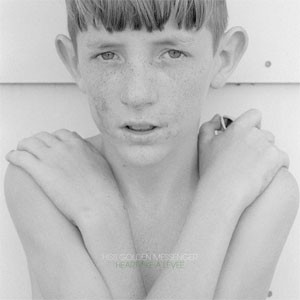 The writing of the songs that became Heart Like a Levee started in a hotel room in Washington DC in January of 2015 during a powerful storm that darkened the East Coast. At that time I was feeling - more acutely than I had ever felt before - wrenched apart by my responsibilities to my family and to my music. Forgetting, momentarily, that for me, each exists only with the other. How could I forget? Though maybe my lapse was reasonable: I had just quit my job, the most recent and last, in a series of dead-end gigs stretching back 20 years, with the vow that my children would understand their father as a man in love with his world and the inventor of his own days. They would be rare in that regard. And then - driven by monthly bills and pure fear - I left for another tour, carrying a load of guilt that I could just barely lift. But in that snowy hotel room I found the refrain that became my compass: I was a dreamer, babe, when I set out on the road; but did I say I could find my way home? M.C. Taylor.

Barry says: Optimism clearly doesn't come too easily to M.C Taylor, but you might just be mistaken for thinking that he's made his peace with the world from this shining and cautiously cheery suite of lovelorn sonnets. Perfectly produced and heartfelt country-tinged acoustic odes, and minor-key stripped back melodies. Stunning.

Vestapol (Deluxe Bonus):
SIDE A
Blackeyed Boy
After The Colors
Together’s Just A Word
Living Above The Waterline
Strawberry Girl Reel
SIDE B
Little Rain
John The Gun
Vestapol (Is Where I’m Bound)