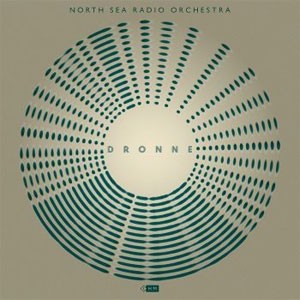 NSRO play guitars, violin, cello, bassoon, clarinets, organ, synth, vibes, percussion, voices, beautiful melodies allied to unusual but likewise beautiful chord progressions. After a 4 year break NSRO return with their fourth album 'Dronne'. All NSRO music is composed, recorded and lead by guitarist Craig Fortnam who during the last four years he has not been idle.

As well as releasing Arch Garrison's 2014 CD, 'I Will Be A Pilgrim' (Craig as singer-songwriter, singing songs about old roads and chalk downland in a psych-folk haze), Craig also spent the first half of 2014 immersed in the music of Robert Wyatt, having been asked to direct and do all arrangements for a performance of Wyatt's music for the Nuits de Fourviere Festival in Lyon, with North Sea Radio Orchestra as house-band. 'I A Moon', NSRO's previous album was very much concerned with the tragic illness that befell Craig's good friend Tim Smith (that underrated genius from pop/prog/punk legends Cardiacs), so that album felt almost unbearably sad at points.

For this release Craig wanted there to be no 'meaning' or particular theme but of course life often intervenes in such plans; half way through making the record Craig suffered a close family bereavement, naturally having a huge impact on the outcome of this album 'Dronne' still contains all the elements that have made NSRO special to their fans and wholly unique in British music; the ability to produce beautiful music without being over-sweet, the combination of large-scale instrumentals ('Dinosaurus Rex Parts 1 and 2') with smaller pieces and songs, the beautiful voice of Sharron Fortnam, and the ability to marry seemingly disparate influences (Britten, Vaughan-Williams, Cardiacs, early Kraftwerk etc), all wrapped up in a very English/Northern European harmonic and melodic language.