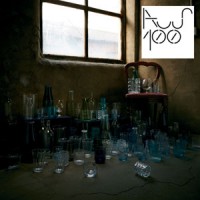 Will Saul’s Aus Music label is now into its tenth year, and with that, fittingly enough, comes its landmark 100th release. For this special occasion, the ever evolving label has put together a comprehensive 24 track quadruple vinyl and triple CD compilation. 'Aus 100' will feature new and exclusive tracks from the boss as well as key family members Bicep, Midland, Huxley, Deetron, Nick Hoppner, Pearson Sound, Youandewan, Marquis Hawkes, Gerd, Sei A, Bwana, Fold, Shenoda and Appleblim & Komon. 90% of the label artists who have ever released on Aus will contribute, and design comes from the man behind the label’s original identity, Michael Place. Not a bad achievement, then, for what actually started as a sub label of Simple, with the short term aim of putting out music from two of Saul’s friends, Fink and Lee Jones.

Over the last decade Aus Music has never really had a certain sound, but has always operated on the more underground, bass driven end of the house spectrum. It has worked with big names and has excelled at peak time tracks, but has also helped break upcoming artists from Joy Orbison to Dusky via Midland and George Fitzgerald. As a result, it has become one of the most prominent and on point labels of the day, and is now supported by infrastructure from !K7 such is the volume of its output.

CD 1 - Continuos Mix By Will Saul