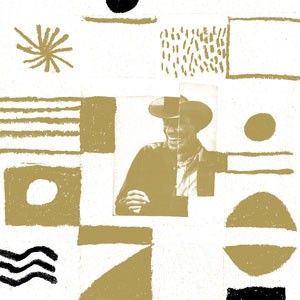 Calico Review shows a band that’s grown confident enough in its own style to reflect the perspectives of each member, & craft an album that changes up the approach from song-to-song, while retaining their abilities as a cohesive unit.

“Strange Heat,” reflects a control & character that burns off of the band’s knack for restraint. Songs like “Famous Phone Figure” cradle character sketches over delicate strains of violin, organ, & Mellotron, Matthew Correia’s drumming carefully underlining a three-note theme that casts a phantom sadness over the proceedings, the group exerting a touch both light & steady enough to bring your mood to theirs.

“Could Be You” works off a steady percussive gallop, guitarist Miles Michaud waxing reflexively on second chances while the band focuses on forward motion. “Roadside Memorial” applies the Bo Diddley beat to the open road, Pedrum Siadatian stepping up on vocals, & finding new ways to match his talents to propulsive musical ends. Elsewhere, “High & Dry,” features Correia on lead vocals, focusing on their most quintessential & peerless quality: writing emotionally resonant pop, at once direct & detached, casual & knowing, & instantly memorable. The dream factory itself gets called out in the fun, surf-stung number “200 South La Brea,” its carnival-like atmosphere reflecting the excitement & anxiety of those who await their judgment.

Barry says: With hints of rock and/or roll, 70's pop and modern twee indie, Allah Las are a band that defy at least ten expectations before even getting out of bed. Each one of these pieces has an understated elegance and confidence that we haven't heard from them before. Songs like 'Could Be You' are more driven and rocking while 'Famous Phone Figure' is a Wurlitzer swirled Floydian delight. The changes don't end there, but i'll leave the rest a surprise.