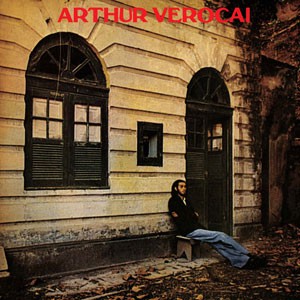 Recorded at Studio Somil, Rio De Janeiro in 1972, the album was produced, arranged, directed by the self-taught, Arthur Verocai. Previously he had worked on many records in various capacities, with artists including Jorge Ben, Ivan Lins and Celia, this album gave him the chance to do his thing in it's most pure form. The LP has an orchestral folk-soul, jazz, funk or lo-fi electronic experimentation feel, in a similar vein to Shuggie Otis, Charles Stepney (the LP uses 20 piece string arrangements) or Jorge Ben, with lyrics (sung in Portuguese) that subtly challenge the repressive military dictatorship of the time. Featured musicians include Robertinho Silva, Paulo Moura, Edson Maciel, Oberdan Magalhaes (Banda Black Rio) and Tonhino Horta.  For a very long time, Mr Bongo have been trying to re-issue this record. A true and complete album masterpiece in every sense of the word, considered by many people to be one of the greatest ever made, regardless of genre.  Mastered in 2012 from the original Continental master tapes and supervised by Arthur Verocai, the album comes complete with original replica gatefold artwork.