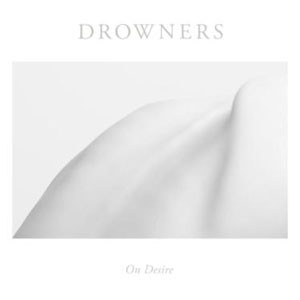 When Matt Hitt says Drowners' second album was "written with a lot of uncertainty and darkness," it's easy to ask one simple question: Really? After all, the hooks careening across 'On Desire' hit as hard as their debut, a DIY record that earned Drowners a cult following on the road alongside Cage the Elephant, Foals and Arctic Monkeys. If anything, the New York band - helmed by Hitt and rounded out by guitarist Jack Ridley, bassist Erik Snyder, and drummer/multi-instrumentalist Daniel Jacobs - is as bold and brash as ever.

Lurking a few levels beneath the group's tightly wound post-punk tracks are bittersweet minor-key melodies that burn like the red light of a setting sun. The honeymoon period is over, in other words, with the rose-coloured rush of living in a new city - Hitt is Welsh and lived in London before moving to the USA five years ago - replaced by lingering pangs of paranoia, anxiety and doubt.

One in the decades-old tradition of Joy Division, Echo & The Bunnymen and early Cure, mind you, music that is caustic and catchy. That goes for everything from the call-and-response chords of 'Conversations With Myself' and pressure-cooked choruses of 'Cruel Ways' to the mangled drum machines, muffled synths and lean Kraut loop of 'Trust the Tension.' Songs as insistent as 'Someone Else Is Getting In' and 'Another Go' also sound like they are about to boil over, finding strength in the final stages of a flat-lining relationship - down, but certainly not out.

Unlike the introspective songs Hitt wrote for their self-titled debut, 'On Desire' is more of a group effort, a full-on collaboration from its demo stages at an upstate cabin to sleepless recording sessions at several NYC studios (including Electric Lady and The Bunker) with producer Claudius Mittendorfer.