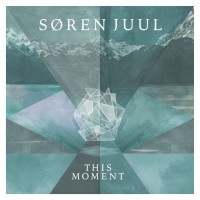 ‘This Moment’ is the first album by Danish artist Søren Juul to be released under his own name, having previously recorded using the moniker Indians.

A deeply personal account of Juul’s life over a tumultuous three-year period, ‘This Moment’ was recorded mainly in Copenhagen and finished in Los Angeles with producer and fellow Dane Peter Stengaard. An uplifting and redemptive work, the immersive soundscapes of the songs reach heights Juul’s work under Indians had hinted at.

As Indians, Juul released the acclaimed album ‘Somewhere Else’, scored the stunning song ‘Oblivion’ for the major motion picture ‘The Fault In Our Stars’, composed works for the Copenhagen Philharmonic and was nominated in four categories for the prestigious Danish music awards Gaffa Prisen. He also toured the world with the likes of Beirut, Daughter, Julia Holter and Perfume Genius.