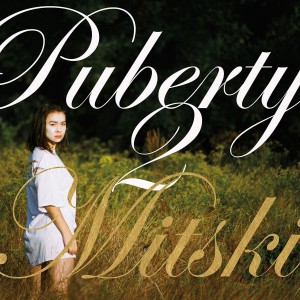 Mitksi’s follow-up to the critically acclaimed 2014 breakout album ‘Bury Me At Makeout Creek’.

Ask Mitski about happiness and she’ll warn you: “Happiness fucks you.” It’s a lesson that’s been writ large into the New Yorker’s gritty, outsider-indie for years but never so powerfully as on her newest album, ‘Puberty 2’. “Happiness is up, sadness is down, but one’s almost more destructive than the other,” she says. “When you realize you can’t have one without the other, it’s possible to spend periods of happiness just waiting for that other wave.” On ‘Puberty 2’ that tension is palpable: a both beautiful and brutal romantic hinterland, in which one of America’s new voices hits a brave new stride.

“No one else can make shattering sound like such an act of strength.” - Stereogum

“Her songs build a quiet fury with lyrics that pulverize the heart while still making a break-up seem almost beautiful.” - Paste Magazine

Millie says: Puberty 2 is very original and distinctive in every sense. A strong element of both mixed electronic riffs and heavy guitars gives it a fierce prominent essence; it’s pieced with authentic and wistful lyrics. Her voice begins as a soft lullaby then builds into this astonishing provoked voice of passion.