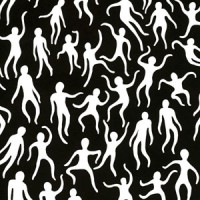 After teasing us with the "Shuvit" 12" in 2015, Smalltown Supersound treat us to a brand new instrumental LP from Dan Lissvik (formerly of Studio), composed in 2015, the year Lissvik became a father for the first time. The title refers to the time he would start his recording sessions after his wife and newborn baby went to bed. "Midnight" is filled with the Dan Lissvik signature sounds; gentle guitars, laidback bass, dubby disco, lush Balearic and sun-drenched psychedelics. The album was recorded at home with a stripped back setup of an analog graphic equalizer he found at a flea market, a bass guitar and a mic. He worked at night with a thermos of coffee, while his young family slept in the room furthest away from his studio. His process was to press record and let the midnight jams unfurl, resulting in a sound and mood that has shifted since his previous release, 'Meditation', under the moniker Atelje in January 2015. Ten years ago, Dan Lissvik was instrumental in kicking off the midnoughties Balearic revival alongside his partner in the group Studio, Rasmus Hägg. Both came from the frozen coast of Sweden (rather than Ibiza) and their debut "West Coast" was hailed as one of 2006’s best releases, and a true Piccadilly Records classic. Their sound was a blissful, effortless, laidback afrobeat-kraut-disco-pop and won a legion of fans. Now, ten years after the release of "West Coast", as the influence of Studio’s work reverberates up through a new generation of producers (Jamie xx sampled a beach-blissed loop from it for “Girl”), Lissvik’s "Midnight" is right on time.