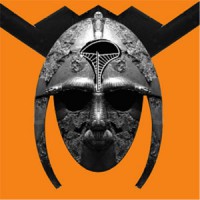 Following Golf Channel’s release of “Orange Cloud Nine”, a retrospective by enigmatic Dutch musician Spike Wolters, whose four privately pressed LP's from the 80's are the stuff of legend, comes a remix album featuring some of Golf Channel’s finest, including Juju & Jordash, Mark E, Abel Nagengast, Chris Munoz aka Sexican, DJ Nature and Mind Fair. An album of 80’s avant-garde gold that brims with an otherworldly charm, Golf Channel lovingly compiled the four LPs of the greatly eccentric and elusive Spike Wolters and brought it to a new generation of music fans with the 16-track album in 2013. A fiercely political outsider who sued his government for lifetime rights to the dole, he dropped out of society and during the 80's produced a string of LP's which he pressed and sold himself. These sank without trace but were happened upon a few years ago by Red Light Records' ardent digger Abel Nagengast. Abel managed to track down Spike himself, and Spike finally agreed to reissue his music after meeting Golf Channel Recordings label boss Phil South and taking an instant shine to him on account of the holes in his socks.

This new release sees Spike’s beloved pop songs remixed by expertly skilled and likeminded talents who also call South’s esteemed label home. JuJu & Jordash bring the dark and brooding heat for a deeply immersive remix that creates a meditative energy. Birmingham’s fated patron of lush, slow-mo disco Mark E turns in an epic slow burner, whilst Sexican (responsible for Heroes of the Galleon Trade) and Abel tap into Spike’s core duality, where strains of Balearic drenched pop rub elbows with post-punk – to deliver taut workouts wrapped in upbeat sleaze. NY’s legend DJ Nature cranks things up a notch for a deep and rhythmic edit that walks the line between disco and house, whilst Mind Fair rounds things up with a remix that’s alive with playfulness and grace, mixing disco and new wave with Spike’s ethereal folk.