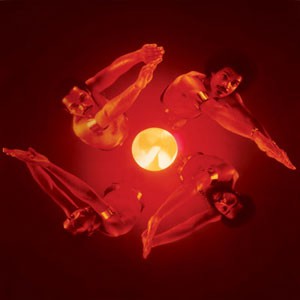 Starting out in late 1960s Chicago as The Fantastic Epics, the young, small group serviced dives of the oft-romanticised Chitlin' Circuit - with all its attendant racial tensions and segregations, rubber-cheque promises and 45 calibre resolutions - before being split up by the military draft. Former Rasputin's Stash band member, Paul N. Coleman himself narrowly escaped transportation to Vietnam, however, and spent his term on home soil instead, expanding his musical chops under the tutelage of an army bandsman with an ear for jazz; a little sunshine in a otherwise cloudy epoch.

After coming out of the service the band reformed straight away. Despite apparent opportunities afforded by hard-earned major management and recording deals, the 1970s seemed to consist of little more than rare peaks of spiritual reward among expanses of misfortune. Whole album recordings were shelved following ownership squabbles between Motown and Atlantic, master tapes vanished seemingly forever and heavy nationwide touring schedules were endured without profit, the group even travelling a thousand miles to one venue they found closed due to race-riots there the day before. While supporting The Impressions in a hometown stadium, Paul was dragged offstage by overzealous front-row fans and had half the beard torn from his face. Hence the group being renamed after the infamous Rasputin. He was, as Paul plainly states: "a man very hard to kill."

Luck eluded them still. The official new name of the band, now an eight-piece, was actually Rasputin Stash. However, after finally having inked a solid album deal with Atlantic's Cotillion subsidiary in 1971, the band's mood was blighted anew as industry members struggled with its pronunciation. A label executive mistakenly added the apostrophe and 's' on its first release and the band got stuck with an irksome misnomer for the remainder of its career. The two evergreen, soulful funk albums the band recorded, an eponymous debut and 1974's 'The Devil Made Me Do It' on Gemigo Records, are rightfully hailed as classics of their day and sold respectably, but without furnishing the band with fiscal dues. An increasingly weathered Coleman would eventually drag the band's contract home to Chicago once more, to Curtis Mayfield's own Curtom imprint, for a couple of single releases around 1977 - but with another renaming of the band, to R-Stash. Before too long the Stash, however it was spelled, was spent. Paul would form another local group, Crystal Winds, for one superb, independently-released 1984 album before slipping unceremoniously out of the broader public eye and into the realms of the obscure.

The previously unheard mid-1970s recordings here, lifted from two disparate sessions, are ostensibly a third and perfectly-realised Rasputin Stash album, if only one of several we might have otherwise heard. Well-earthed, but with a honed commercial polish, it stands as testament to the drive and talent of someone whose travails might have felled a lesser man.

Paul, whose spirits have been renewed by a flurry of recent rediscovery and interest, is still indefatigably working for anyone who wants his music and now fully understands the achievements of which he can be justifiably proud: "One: being able and lucky enough to record your ideas and emotions on wax for the world to experience. Two: a legacy, very important. Three: to have gained the knowledge and experience to call myself, and to be, a good musician. I still keep the dream going by writing and programming my tail off in hopes to get great music to other artists. Causing or creating interest in the music industry and signing contracts is an achievement that many never, ever experience. These types of achievements, I guess, are the things that keep musicians going in a world of uncertainty."

The Chosen Few BandWhat It Takes To Live / To Love

Jimmy 'Preacher' EllisI'm Gonna Do It By Myself / Go Head On

The Imperial Showband Featuring Tommy TateWhere Did I Go? / I Can't Do Enough For You Baby