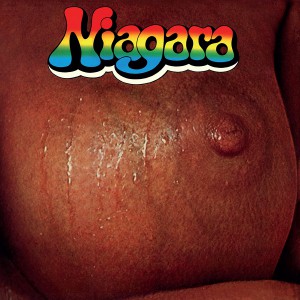 This was more a project than an actual band formed by German jazz drum legend Klaus Weiss. He formerly worked with another jazz legend from his mother country, Klaus Doldinger and gained fame in the German jazz circuit of the 60s and 70s. His 1971 output with Niagara was the result of the vision to create an orchestra made entirely of drummers and percussionists. Despite the fact that there are no regular melody instruments to be heard on this album, the two lengthy compositions are arranged in such an enthralling way that they have a rather catchy and memorable feel. Among the cult drummers featured on this album are Udo Lindenberg (yes, this icon of German rock and pop started as a drummer!) and session hero Keith Forsey. Both compositions offer an ever pulsating rhythm inferno, a maelstrom of different grooves and sounds which enchant and hypnotize in equal measure. Open your mind for the ultimate rhythm experience and join in if you dare.