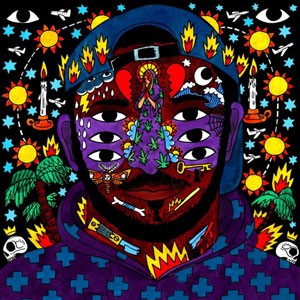 Kaytranada presents his highly anticipated debut album ‘99.9%’ via XL Recordings. The album finds the Haitian born, Montreal raised producer delivering on the promise of his early self-released EPs and remixes.

Since the age of fourteen, when he first began to DJ and when his brother introduced him to music production software, his output has been relentless. He explains, “after he showed me the basics, from that day on I couldn’t stop making beats,” pumping out a handful of tracks per day for the next couple of years.

Single releases like ‘Drive Me Crazy’ with Vic Mensa and ‘Leave Me Alone’ with Shay Lia soon spread his name like wildfire. With that release Kaytranada cemented his reputation and his sound; an undeniable swing of the drums comparable to Dilla’s, a signature soulful touch in the melodies and a healthy dose of funky basslines.

Matt says: Following ley-lines laid by Anderson.Pak and Kendrick Lamar, Kaytra takes musical genres and flips them on their head - taking the gangstas out of hip-hop and adding the raving club-goer to pop music. The result is an album both welcoming and challenging in equal measure.