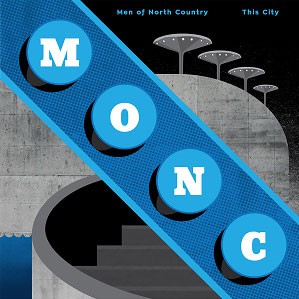 It’s been 3 years since Tel Aviv’s indie-soul septet MONC released their debut LP “The North” on Acid Jazz Records. But make no mistake, they haven’t been resting. In the meantime they have released sold-out singles, an EP, and have toured Europe no less than five times! They visited Germany, France, Italy and the Czech Republic, and were met with excitement all over Europe’s Mod and Soul scene.

April of 2016 sees the release of their second studio album, titled “This City”, which is dedicated to their home town – Tel Aviv. In the album MONC infuse Northern Soul, Post-Punk and Rock'N'Roll influences into heady visions of the city’s buildings, streets, bedrooms, clubs and bars, while remaining dedicated to their brass section extravaganza and the three-minute pop-nugget charm.

The band have a fan in Craig Charles, who liked the album so much he’s hand-selecting 3 of his favourite tracks from the album on his BBC Funk & Soul Show and will invite listeners to phone in and vote for the “single”, which will then be released digitally by the band. He has also invited the band over from Tel Aviv for a live session in the station’s Manchester studios.