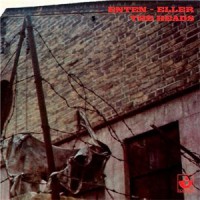 Five tracks taken from 2 sessions in the Circle in the Square rehearsal space. 3 of these tracks including the 20 min 'Or' were taken from a rehearsal 'gig' with an audience of just 3 (The Heads uber fans Dave Cambridge, Mark Lascelles and Dave Tuckwell).

Recorded by Simon Price in 2005 these tracks see The Heads at their most raw and intense when the band were at their loudest battling for volume space. The other two tracks from 2010 are taken from some of the final sessions within the rehearsal space with jams based on a Heads lp that never happened. Comped and edited by Paul Allen and originally released on very limited cdr back in 2012 Enten Eller finally gets a release on vinyl, remastered for vinyl by Shawn Joseph. with the original artwork on a gatefold sleeve.