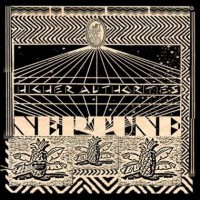 Higher Authorities is the new project from a duo of shadowy, psychedelic adventurers.

Their debut album, ‘Neptune’ is a collection of dub influenced, electronic explorations.

The album was produced by Higher Authorities alongside legendary producer Adrian Sherwood who handled mixing duties alongside additional production.