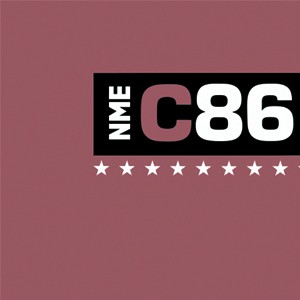 • Back in May/June 1986, the New Musical Express released one of their regular mail-order cassettes. Reflecting the latest trends in Indie music, C86 was a 22-track cassette which was inspired by the NME’s C81 tape from half a decade earlier.

• Aside from a few name bands (The Pastels, Primal Scream, the Wedding Present, the Mighty Lemon Drops), most acts were relatively unknown beyond the back pages and gig listings of the weekly music press. A few hadn’t even issued a record!

• C86 slowly but surely became the NME’s best-selling ever compilation, selling an estimated 40,000 copies and eventually being reissued on LP and cassette by Rough Trade the following year. C86 prompted a week of shows at the ICA and would come to embody a whole musical style and era.

• C86 is now reissued on vinyl as a deluxe, gatefold sleeved double-LP edition. The music has been re-mastered, with better sound quality due to not being ‘groove crammed’, with picture inner sleeves depicting original artwork and photos and detailed sleeve-notes by C86 compiler Neil Taylor.

DISC: 1
1: Velocity Girl - Primal Scream
2: Happy Head - The Mighty Lemon Drops
3: Pleasantly Surprised - The Soup Dragons
4: Feeling So Strange Again - The Wolfhounds
5: Therese - The Bodines
6: Law - Mighty Mighty
7: Buffalo - Stump
8: Run To The Temple - Bogshed
9: Sharpened Sticks - A Witness
10: Breaking Lines - The Pastels
11: From Now On, This Will Be Your God - Age Of Chance
DISC: 2
1: It's Up To You - Shop Assistants
2: Firestation Towers - Close Lobsters
3: Sport Most Royal - Miaow
4: I Hate Nerys Hughes (From My Heart) - Half Man Half Biscuit
5: Transparent - The Servants
6: Big Jim (There's No Pubs In Heaven) - MacKenzies
7: New Way (Quick Wash And Brush Up With Liberation Theology) - Big Flame
8: Console Me - We've Got A Fuzzbox And We're Gonna Use It
9: Celestial City - McCarthy
10: Bullfighter's Bones - The Shrubs
11: This Boy Can Wait (A Bit Longer) - Wedding Present