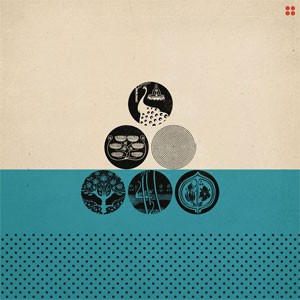 The first release for the Swedish Psychedelic dream-pop band, their self-titled EP caught the attention of French label ‘Hands In The Dark’. They originally released EP in 2010 on CD an extremely limited edition run of 100 copies. The EP is reissued on blue vinyl to match the cover alongside the ‘From Above’ 7” and their self-titled debut long player.