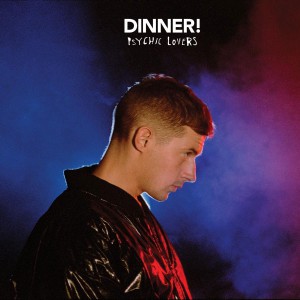 Whether the finished album lives up to Dinner’s vision only Dinner knows. Musically, the album exists in its own space between the 1980s, 1990s and the present. The songs are pop songs held together by somewhat idiosyncratic arrangements.

Opener ‘Cool As Ice’ sounds like the soundtrack to David Lynch directing ‘Miami Vice’ with overdriven synthetic strings and an equally eerie and funky slap bass that slowly grow into a pop structure.

‘Turn Me On’ invokes the feeling of Sade recorded on VHS fronted by Klaus Nomi’s baryton-possessed ghost, or a warped jingle from The Home Shopping Network.

The song ‘Lie’ has distinct Nico-esque undertones and John Cale-ish overtones wrapped in 1980s melancholy, while ‘Wake Up’ and ‘The World’ explore inverted 90s Euro-pop.

Cool As Ice
The World
Turn Me On
Gone
What You Got
Wake Up
Holy Fuck!
A.F.Y.
Lie
Kali, Take Me Home