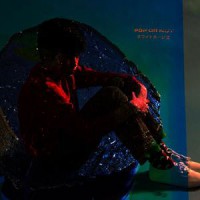 THE PICCADILLY RECORDS ALBUM OF THE YEAR 2016.

What happens when you put an obscure Mancunian music chronologist on a three month sojourn in the heart of the Italian countryside with some battered analogue recording gear, some cheap guitars and a female vocalist and friend to explore themes of the human condition and daydreams of fantasy with one piece of decoration: a poster of their favourite band Os Mutantes looming large on the wall, offering some company and direction during this time of solitude? The answer is a new group of seismic psychedelic proportions. May we present Whyte Horses.

Inspired by the nomadic travels of cult folk artist Mark Fry and outsider Krautrock groups, strange sounds began to emanate from deep within a dilapidated cottage, deep in the Frosinone mountains range with no access to the outside world. Panoramic views baring an uncanny resemblance to Alejandro Jodorowsky’s epic pseudo-western ‘El Topo’ began to filter the songwriting, as hazy instrumentals evolved into mutant pop sketches, blurring seventies MOR sensibilities, obscure imagery and everyday thoughts. At various stages of recording friends would come and visit to jam out songs and record through the night. ‘Pop or Not’ features some wanton contributions from Jez Williams (Doves / Black Rivers, Chris Geddes (Belle & Sebastian), Ian Parton (The Go! Team) and the enigma that is Jim Noir.

The result is other-worldly, classically of another time and space. Triumphant yet melancholy, a colour-sound of psychedelic dream pop, fearless and tender in equal measure. A modern day cosmic-cowboy concept album tackling the story of a fugitive character fighting a personal battle of rehabilitation.