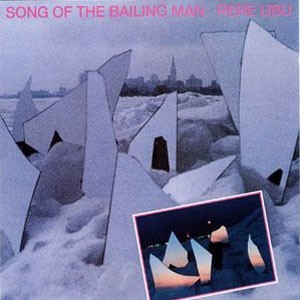 Released in 1982, 'Song of the Bailing Man' is an ‘inspired, invigorating, confounding, disturbing... yeah, one hell of a swinging way to go. Still the futility Ubu must have felt making far sighted music in a chronically near-sighted world is pressed hard into these grooves.’ (Melody Maker, David Fricke).

The album features in new LP box set, ‘Architecture Of Language 1979-1982’, released in March. It gathers together ‘New Picnic Time’ with its companion releases, ‘The Art Of Walking’ and ‘Song Of The Bailing Man’ plus LP of extras, ‘Architectural Salvage’. Spring dates mark the release of the box with a set list drawn exclusively from the recordings of 1975-1982. Tom Herman, guitarist from 1975 to 1979 and from 1997 to 2002, rejoins the band for the tour. The line-up is David Thomas, Tom Herman, Robert Wheeler, Michele Temple and Steve Mehlman. Wheeler and Temple have been in Pere Ubu since 1994, Mehlman since 1995.