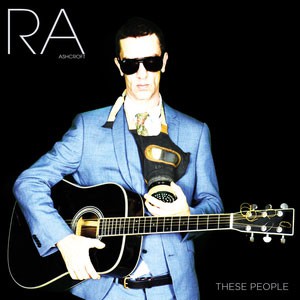 Richard Ashcroft returns in 2016 with his fourth solo album entitled ‘These People’ released on his Righteous Phonographic Association label via Cooking Vinyl Records on 20th May.

The previous Brit and Ivor Novello award winner (and Grammy nominated) artist made a handful of solo live appearances at the end of 2015, playing a performance at Zermatt Unplugged in Zurich in October and an incredible solo acoustic set in front of 30,000 people at Mexico's Corona Capital Festival in November (see below), live dates for 2016 will be announced shortly.

The album was recorded in London and produced by Ashcroft and longtime collaborator Chris Potter. It marks a reunion with Wil Malone, who worked with Ashcroft on the string arrangements on the seminal albums by The Verve ‘A Northern Soul’ and ‘Urban Hymns’.

Richard Ashcroft Is Alive: The Verve Man's Thrilling Resurrection At Mexico's Corona Capital Festival – NME.
‘Who else here has got the bollocks to stand up on this stage, on their own, with their own tunes and their own guitar and play it from the soul?" NME.

Andy says: Lead single "This is How it Feels" typifies this lush return to form for Richard. Hooked up again with both the producer and strings conductor of Urban Hymns, this album has the depth and most importantly tunes that he used to knock out for fun all those years ago.