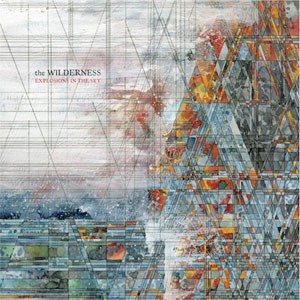 The Wilderness is the band’s sixth album, and first non-soundtrack effort since 2011’s ‘Take Care, Take Care, Take Care’. Arguably the most progressive instrumental rock album since EITS’ 2003 breakthrough ‘The Earth Is Not A Cold Dead Place’, The Wilderness is a bold, experimental work combining the singular song craft that has sold hundreds of thousands of albums and tickets with the cinematic sensibility that has elevated the band to the level of regard and demand its members enjoy as film composers (Lone Survivor, Manglehorn, Prince Avalanche, Friday Night Lights).

The first Explosions In The Sky album not produced entirely by the band, The Wilderness features long time collaborator (and Grammy-winning producer) John Congleton in a co-producer role for the first time. The band's most ambitious songs to date branch into unexpected new dimensions accordingly - Exhibit A being “Disintegration Anxiety,” currently streaming on all platforms and available as an instant grat download with all pre-orders. With its cacophonous opening washes that ultimately resolve into a locked groove, “Disintegration Anxiety” marks the rock solid midpoint of an aggressively modern and forward-thinking work.

Barry says: Expanding upon their trademark sound, much like fellow Texans This Will Destroy You ; Explosions In The Sky have encompassed, to great effect, elements of drone and electronica into their (still unmistakeable) post-rock sound. Distorted beats, crunchy snares, and dusty arpeggios atop soaring guitars and crackly synths. A vast departure for the band, but without endangering what makes them tick, The Wilderness is bold, brave, and brilliant.