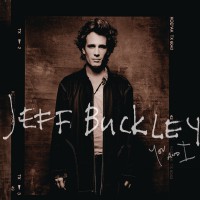 Including covers of Bob Dylan, Sly & The Family Stone, The Smiths, Led Zeppelin, Bukka White and Jevetta Steele, in addition to the first ever studio recording of his signature song ‘Grace’ and ‘Dream Of You And I’, an unheard original recording which informs the deeply intimate and profoundly personal mood of the album. These recordings represent the breadth of Buckley’s influences and talent for interpretation.

Recorded prior to the sessions which would become his seminal debut album ‘Grace’, these tracks offer a unique insight in to the creative process of a developing genius and inimitable immerging talent.

The Columbia/Legacy release of Jeff Buckley's You and I has been overseen by the artist's mother, Mary Guibert.

1. Just Like A Woman (Bob Dylan Cover)
2. Everyday People (Sly & The Family Stone Cover)
3. Don’t Let The Sun Catch You Cryin’ (1st Recorded By Louis Jordan)
4. Grace (original Studio Version)
5. Calling You (Jevetta Steele Cover)
6. Dream Of You And I (original)
7. The Boy With The Thorn In His Side (The Smiths Cover)
8. Poor Boy Long Way From Home (Bukka White Cover)
9. Night Flight (Led Zeppelin Cover)
10. I Know It’s Over (The Smiths Cover)