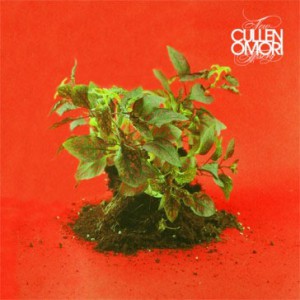 The album, which features the highlights ‘Cinnamon’ and ‘Sour Silk’, was recorded by Shane Stoneback (Sleigh Bells, Fucked Up, Vampire Weekend) at the now defunct Treefort Studios and was mastered by Emily Lazar (Sia, HAIM, Vampire Weekend, Arcade Fire, Bjork) at The Lodge.

In early 2014 Omori began working on the solo material that has now fully materialized as ‘New Misery’, a collection of 11 songs building upon his own musical past while reaching towards the future of what guitar rock could be. His songs marry dark yet blissful pop with vocal melodies and hooks that are at once immediate yet demand to be heard again and again.

Along with Omori, ‘New Misery’ features additional bass and keyboards from Ryan Mattos, drums from Loren Humphrey and James Richardson on guitar. Unlike the more distributed roles within the Smith Westerns, Omori wrote, played and oversaw nearly every part of the new album, beginning a true new chapter of his long-term creative growth.

Cullen Omori knows it’s a false cliché to say there are no second acts in American lives but after the 2014 breakup of his acclaimed band the Smith Westerns living that cliché was his greatest fear. His solo debut is a direct challenge to that anxiety: an album that goes beyond the glam punch of the Smith Westerns to new sounds, new sources of inspiration and greater self-awareness.