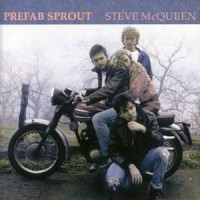 Alternative pop rock band Prefab Sprout formed in 1978 in Newcastle and rose to fame during the 1980s. Frontman Paddy McAloon is regularly hailed as one of the great songwriters of his generation. 'Steve McQueen' is their second album and was originally released in 1985. Smart, sophisticated and timelessly stylish, 'Steve McQueen' is somewhat of a classic, a shimmering indie / jazz-pop masterpiece sparked by Paddy McAloon's witty and inventive songwriting. One for fans of the Smiths, Everything But The Girl etc.

David says: Of all the albums in my list, this is the most evocative. I can almost smell the rising damp.

Prefab SproutA Life Of Surprises : The Best Of