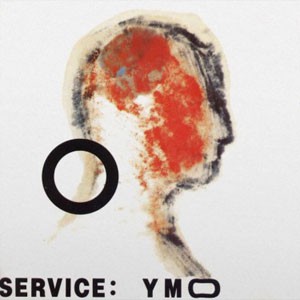 'Service' was the sixth and, at the time, final studio album by Yellow Magic Orchestra. The band dissolved the following year after a world tour, but would later reform in 1993 for a one-off reunion album, 'Technodon'. Each member would continue their already established solo careers, while Haruomi Hosono and Yukihiro Takahashi also formed the band Sketch Show (with Ryuichi Sakamoto assisting), which later turned into YMO.

Like '×-Multiplies', it contains a mixture of YMO songs and comedy sketches performed by Super Eccentric Theater, or SET Service features “You’ve Got to Help Yourself”, which was previously featured in instrumental form on the previous album, 'Naughty Boys Instrumental'.