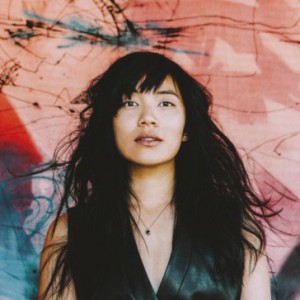 Thao & The Get Down Stay Down, the San Francisco-based band fronted by singer and songwriter Thao Nguyen, release their fourth album, ‘A Man Alive’, via Ribbon Music.

Following the critical success of ‘We The Common’ (2013) - largely inspired by Thao’s volunteer work with the California Coalition for Women’s Prisoners and featuring a duet with Joanna Newsom - ‘A Man Alive’ is an evolution in both subject matter and sound. Thao says: “I wanted ‘A Man Alive’ to be beat and bass-driven - rather than guitar-based - extending and elaborating upon the hip hop influences of the previous record. ‘A Man Alive’ is more instrumental, more riff and loop-centric, and has more manipulated sounds.”

Mostly recorded at Tiny Telephone Studios in San Francisco, ‘A Man Alive’ was produced by Merrill Garbus of Tune-Yards. The songs are often punctuated by handclaps, singalong choruses and ass-shaking beats. While these songs come from a deeply personal origin, they have such an accessible quality that it is easy to imagine an engaged and participatory live audience.

The album presents a fiercely original group sound that is rife with experimentation and playfulness. It demonstrates Thao’s development as a songwriter and it achieves that most elusive quality in music - to create an album of songs that are dark yet buoyant, tragic yet redemptive, personal yet inclusive.

Thao & The Get Down Stay DownTemple