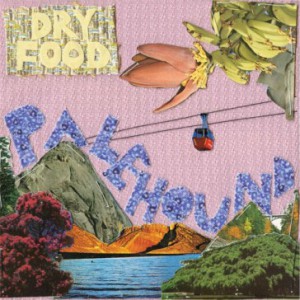 Recorded with Gabe Wax (Wye Oak, Speedy Ortiz), ‘Dry Food’ is full of sonic and emotional twists and turns, written as it was at a time in Kempner’s life that was defined by instability and uncertainty.

“The way some people have a way with words, Palehound singer/songwriter Ellen Kempner has a way with a guitar: Looped lines tumble out in the knotty configurations worthy of a sailor’s handiwork, or maybe of academic writing.” - SPIN Album Of The Week

“‘Dry Food’ confronts the point it’s been evading: kidding yourself is no way to recover, and comfort offers little impetus to move on. Palehound’s discomfiting, unflinching debut suggests she knew it all along.” - Pitchfork (8/10)

“Palehound’s ‘Dry Food’ is one of the best albums this year because it doesn’t reinvent any wheels so much as the axis the wheels spin on.” - The Observer

Laura says: One of my favourite 'new band' things so far this year. Lovely inventive guitars topped with Ellen's insightful lyrics; at times playful at others melancholic. The rhythms tumble along intertwined with clever melodies, bringing to mind past gems such as Belly and The Breeders, while at other times the sudden changes in direction and tempo bring to mind Pavement. But despite these references, it's by no means retro, it has a really fresh feel to it.