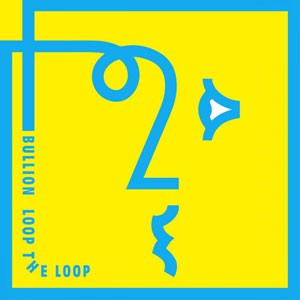 'Loop The Loop' is the debut album from Nathan Jenkins, otherwise known as Bullion. Initial pressing of vinyl edition is limited to 1000 copies and comes as 2LP gatefold. The album features the single 'Never Is The Change'.

The evolution of Nathan's sprightly electronic pop continues with a playful and open hearted record, showcasing his inventive arrangements and crisp production. Instrumentation on 'Loop The Loop' is broad and features performances from friends and collaborators including Sampha, Laura Groves, Sarah Anderson (Chrome Hoof), Nautic and Tom Skinner.

Having released music with Young Turks, R&S and Greco Roman, the album comes out via Nathan's own label DEEK Recordings.

'One of Bullion's greatest assets is being able to work with so many different ideas and styles.' - Pitchfork

'Bullion never fails to surprise. His instruments are samples, beats and loops, stitched together with intelligence and wit - his music stubbornly refuses to be tied to genre, time or place.' - Dummy Magazine