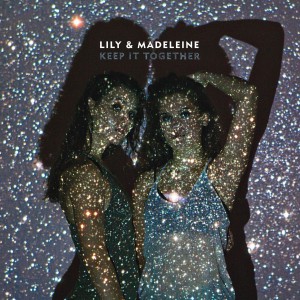 ‘Keep It Together’, the third album in just over three years by Indianapolis-based sisters Lily & Madeleine, is set for release via esteemed New West Records.

The spellbinding ten-song statement is the dynamic product of two distinct musical personalities, bound by kinship, melding seamlessly into one ephemeral and dreamy collection.

The sisters have come a long way since they began making YouTube videos in 2012, releasing two critically acclaimed albums on Sufjan Stevens’ Asthmatic Kitty Records and selling out myriad shows both in the US and overseas.