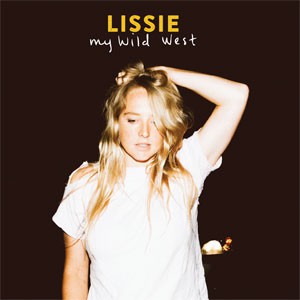 My Wild West is Lissie's third studio album; it is a celebration of new adventures to come as she moves back to the Midwest and waves goodbye to her life in California. Growing up in possession of a strong rebellious streak surrounded by the memory of steamboats and railroads of past, acclaimed songwriter Lissie has returned home to the Midwest after spending several formative years in The Golden State.

Lissie's two previous albums, 2010's Catching a Tiger and 2013's Back to Forever, both hit Top 20 in the UK charts with the former record going Gold. Her songs have been licensed for countless films and TV shows, topped numerous Best Of polls whilst 'The Longest Road,' a song she wrote with DJ Morgan Page was subsequently remixed by Deadmau5 and nominated for a 'Best Remixed Record' Grammy. Her new album, My Wild West, recorded in Nashville with her producer Bill Reynolds (Band of Horses), her band in Ojai and executive producer Curt Schneider in his Studio City home, is Lissie's most personal effort to date.

Flock Of DimesIf You See Me, Say Yes

Hannah Lou ClarkThe Heart And All Its Sin