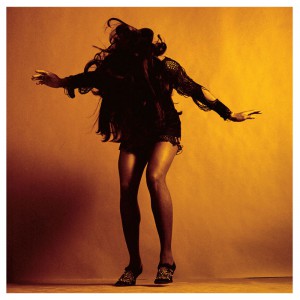 The album finds Alex Turner and Miles Kane reunited with James Ford (production and drums) and Owen Pallett (string arrangements) and joined by Zachary Dawes (Mini Mansions) on bass, recording the follow up to 2008’s ‘The Age Of The Understatement’ at Shangri La Studio in Malibu.

Featuring current single ‘Bad Habits’, ‘Everything You’ve Come To Expect’ is a more open and expansive work than its predecessor, wearing its influences less obviously on its sleeve – by turns the album is soaring, snarling and breathlessly seductive.

Barry says: Once again, Alex Turner and Miles Kane deliver a minor-key slice of melancholic yet melodic indie-rock. Dark reverbed vocals, snappy snare hits and oy-like shouting appears completely naturally, the sound not suffering at all from a change of pace. The strings on show here further emphasising the crescendo of both tone and density, and exacerbating the lifting tension present. Low-fi but meticulously crafted, and yet another reason (as if you needed one) that Turner and co. deserve your attention.

The Last Shadow PuppetsThe Age Of The Understatement