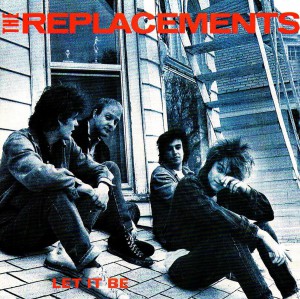 Released in 1984, the 33-minute masterpiece was recently named the #3 'Greatest Indie-Rock Album Ever' by Blender Magazine. The album presents some of the band's strongest songs, including the album opener "I Will Dare", "Androgynous", "Sixteen Blue" and the poignant "Unsatisfied". The five unreleased bonus tracks include a home demo for "Answering Machine", a cover of The Grass Roots' "Temptation Eyes" and an alternate "Sixteen Blue".

The ReplacementsUnsuitable For Airplay: The Lost KFAI Concert (RSD22 EDITION)

The ReplacementsSorry Ma, Forgot To Take Out The Trash (Deluxe Edition)