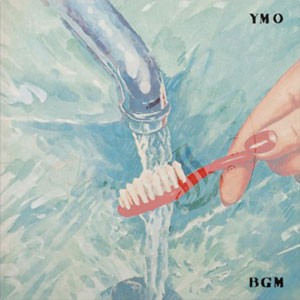 On their fourth album 'BGM' (1981), YMO continued where they left off with 'X∞ Multiplies', by venturing further into synthesizers, drum computers and experimentation with rhythm, sequences and speeds.

This album is more focused on atmosphere and mood, some even say this album is a turning point for YMO and the international pop music scene. They successfully merged lyrics, sound bites and their signature electriconically programmed music on 'BGM'.