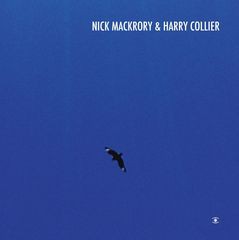 Music For Dreams release their first vinyl of 2016 with the debut of Nick Mackrory & Harry Collier. Late one night label boss Kenneth Bager was surfing the net and found "Elle Dit" – he immediately fell in love with the track and signed the duo. Their first outing for the Danish imprint showcases their distinctive blend of electronic and organic acoustics with a very Balearic twist. Mackrory began his musical career as a drummer before embracing electronic music during the early UK rave scene and branching out as a DJ, producer and percussionist. More recently he’s been running labels Forgotten Corner and Colona with fellow producer Phil Banks. Vocalist Collier has previously recorded and toured with Faithless as well as successfully writing and performing with his own band Kubb. This new collaboration sees both artists on top form with Mackrory’s productions providing beautiful backdrops to Collier’s uniquely stripped back, honest and emotional vocal performances. "Elle Dit" gives a perfect example of the Balearic duo’s timeless Burt Bacharach songwriting stylings and is a bitter-sweet ode to the breakup of a rather Kafka-esque love affair. It has been heavily featured on Ibiza Sonica and gained support from former Cafe Del Mar Resident Phil Mison. "Tu Sonrisa" continues the continental theme with Spanish lyrics made up by non-Spanish speakers Mackrory and Collier "so please forgive us if it doesn't make much sense! We think it's about drinking margaritas on a beach, chatting to a beautiful señorita, with the sunshine filtering through the leaves of the palm trees!" The instrumental has been getting strong support from Manchester’s Moonboots. Finally ‘Pen-amaen’ is an epic piece of jammed Balearic madness - inspired by the local Cornish coastline that hosts the sunrise where on certain mornings a mermaid can be seen silhouetted against the sky.

Nick Mackrory & Harry CollierOn The Other Side