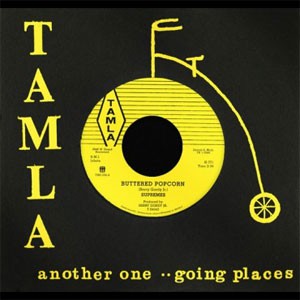 In 1959, a former amateur boxer started a record label out of his home in Detroit, Michigan. Employing the colors yellow and black and releasing any genre that could become a hit, Tamla Records and Berry Gordy laid the foundation for what would become a global empire. We are proud to announce an ongoing partnership with Universal Music to bring Tamla’s classic early Motown records back to vinyl. Tamla’s stripes label era (1959-61) produced million-sellers, debut releases from soon-to-be global icons, quasi-doowop anthems, and proto-surf experiments, all just looking for the next big thing. To say that they were successful would be an understatement. These are cornerstones of American popular music and they were all housed on this label that was headquartered at an unassuming home on Detroit’s West Grand Boulevard, which would soon become known to the world as Hitsville USA.