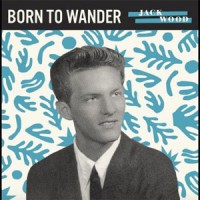 In May of 1966, the unknown singer Jack Wood recorded two songs at Great Lakes Studio in Sparta, Michigan. These unique, otherworldly songs, “Born to Wander” and “So Sad”, would be self-released by Wood on his own Lawrence Records imprint in an edition of 100 copies. Going nowhere and being quickly forgotten, it would take Wood ten years to pay back the $250 he borrowed for the entire endeavor. Fast-forward to the 21st century and the deepest of record collectors are intrinsically moved by the power behind Wood’s single, vacillating between northern soul, garage, big band and country music all within the same song. Featured in the new Bacardi Rum advert as well..