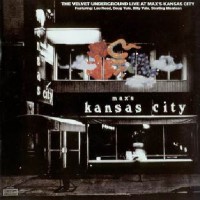 On August 23, 1970, Brigid Polk captured one of the Velvet Underground’s sets on her portable cassette recorder. The original record is that: raw and as it was played that night. This release of the seminal live album includes remastered audio, new sequencing and 5 extra tracks.

“The Velvet Underground is known for being groundbreaking, and they prove it with their simplicity. You don’t have to be complicated to shake up the status quo. We know that very well now, but it is thanks to them that we have that creative knowledge. As time goes, the influence of this band will only continue to unroll, and with this album we have the opportunity to peer into their lives and music as it was then.”
Consequence of Sound