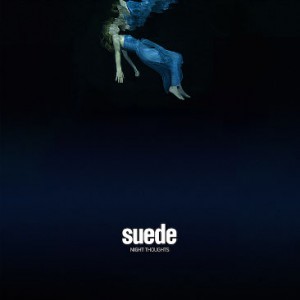 Night Thoughts, is Suede's second album since their comeback in 2010 and it's a proper, adult -themed almost-concept album where tracks drift into one another, delicate minimalism holds sway and Brett Anderson sings pretty gloomy songs of regret, decay and longing. It is produced by long-time collaborator Ed Buller and whilst for the most part the sound is neat and considered the record also features a full string section which adds a tasteful grandiosity to  a record that feels like the endgame or at least answer to those early glammy dramas  which typified the band's explosion onto the UK music scene all those years ago. As such, it is a triumph.

Martin says: Excellent consolidation of Brett'n'co's dignified comeback. The group has re-connected with it's audience and continued their story in a pretty cool and tasteful way.