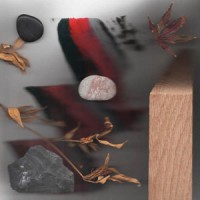 2015 release from the electronic artist / producer. 'Making Time' is the long awaited follow-up to Jamie's 2011 debut album 'Mirrorwriting'. In the four years following the release of his debut album, Jamie made an appearance on Disclosure's debut album 'Settle' in 2013 and played a select few festivals around Europe. These brief appearances were a just a quick reprieve during the valuable time Jamie spent writing his new record. An undeniable focus and informed musical ear are signatures of Jamie's work both on record and on stage, as well as a fine attention to detail. Elsewhere on 'Making Time', Willy Mason lends his distinctive vocal to 'Celebration', Robin Hannibal and Jamie team up on 'Sharpness', Royce Wood Junior collaborates on 'Lament' and co-production across the album comes from Lexxx. The first song they worked on together is the opening track on Making Time: 'Message'. This soulful rumination explores the idea of ambition. "That's me explaining what I've been up to and working out why I do this," Jamie explains. "The process of this record was about me finding that confidence in myself."