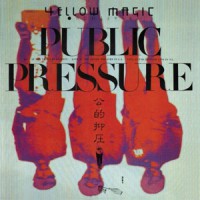 This is YMO’s first live recorded album and their second number 1 album in Japan. Several concerts were recorded for 'Public Pressure', all in 1979 (at the Venue in London, Greek Theater in LA, Bottom Line in NYC, Sun Plaza in Nakano). The best of each of these live shows was collected together for this release.

This album contains first class recordings, clear and sparkling; YMO is arguably at its best with an audience. Akiko Yano is a welcomed addition to YMO, as she completes the band with sublime vocals.

This live album has a much more relaxed approach to the music, as it feels like they’re jamming on stage and clearly enjoying themselves!