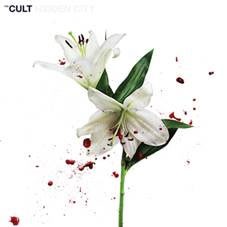 The Cult release the tenth studio album of their stellar career, the epic ‘Hidden City’, produced by Bob Rock and written by Ian Astbury and Billy Duffy. It’s the final part of a trilogy that has witnessed the rebirth of the band, beginning with ‘Born Into This’ (2007), which evolved into ‘Choice of Weapon’ (2012), and arrived fully formed, kicking and screaming with the seductive ‘Hidden City’

The sonic assault of ‘Dark Energy’ is the perfect intro to this startling new album. Peel away the layers of this 12 track master class in space and time, and you will discover a band in their absolute prime. Which comes as no surprise, as the Cult have existed in the shadows and wild spaces since their inception.

When the Cult played Coachella last year, Rolling Stone hailed their performance as “the messianic moment of Coachella” This year they’ve played a handful of visceral shows that promises much for next year’s touring. For the Cult, ‘Hidden City’, became the perfect metaphor for the revolt between the self and soul and provided the framework for the new album.

“I find today’s gurus are trying to peddle some cure, product or insight as if it’s a new phenomenon,” says Ian Astbury. “My place is to respond, not react, to observe, participate and share through words and music. There is no higher authority than the heart.”

The Cult have cut their own career path. From the iconic ‘Love’ album to the dystopian ‘Beyond Good & Evil’ (2001) to the current biting truth of ‘Hidden City’, the band live their art. As The future unfolds The Cult will respond. It’s what they do.