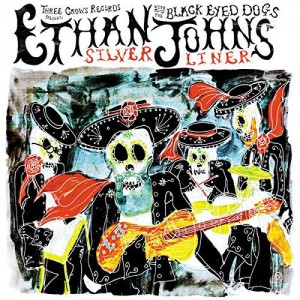 Ethan Johns is renowned for the vividness and purity of his productions with the likes of Ryan Adams, Ray LaMontagne, Laura Marling and Paul McCartney. But Johns has always worn more than one hat; for starters, he’s an accomplished musician on a variety of instruments. He first came into view as the drummer/guitar player with Crosby, Stills and Nash and then as a guitarist in Emmylou Harris’ band, and subsequently, as a producer, Johns frequently contributed on both sides of the control room glass. Everything Johns has done during the course of his distinguished and varied career has led him to this deep, enthralling album. “The fact that I’ve been playing and performing as much as I have the last few years is showing in the performances that we got on this record, and I’m happy to be progressing". Ethan Johns’ musical explorations to continue to warrant—and reward—our rapt attention.