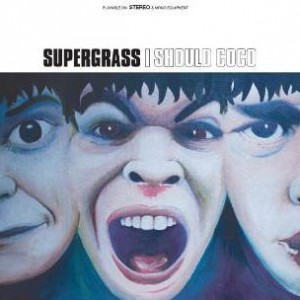 Supergrass enjoyed instant success when their debut album ‘I Should Coco’ went straight to #1 in the summer of 1995. Featuring the fan favourite ‘Caught By The Fuzz’, their breakthrough singles ‘Lenny’ and ‘Man Size Rooster’, and the huge #2 hit ‘Alright’.

This special 20th anniversary edition contains the original album remastered, plus bonus content featuring b-sides and rare tracks from the era, including early versions of ‘Caught By The Fuzz’, ‘Strange Ones’, ‘Man Size Rooster’ and ‘Sitting Up Straight’ as well as highlights from live shows at Bath’s Moles Club in July 28th 1994 and a performance at the La Route Du Rock Festival in Saint-Malo, France from August 19th 1995.

Martin says: A perfect expression of the exuberance, energy and reckless abandon of youth. Joyous and utterly unaffected, it breezes through an array of musical styles with ease; pyschedelia, new wave, pop punk, even a touch of music hall - chewed up and spat gleefully out alongside the teen-anthem "Alright".

SupergrassIn It For The Money - 2021 Remaster