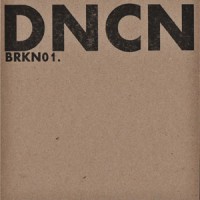 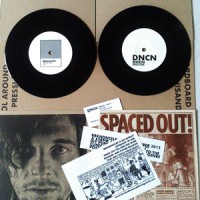 There was once an artist called DNCN and he made some very strange, very good, off-kilter / leftfield disco-electronic hybrids some 7 years ago. Then he formed a band called Silverclub who became Manchester's answer to LCD Soundsystem. Now, after a 7 year hiatus, Mr. Kev Beard - purveyor of Manchester's finest DIY label - Box Bedroom Rebels, has convinced Dunc to relight the DNCN furnaces for some scorching left-of-centre dance music for his BRAND NEW LABEL (!!!) - Broken Dancefloors. Excited? You should be! "And This And That" opens in epic form - a reversed atmosphere beefed up by a glorious, sensual guitar line and skewed 4/4 disco drums. Ethereal yet dancefloor-centric and very, very intoxicating. "Fool Around" sees DNCN opt for a hefty house-flavoured jam, chock full of buzzing synths, clunky beats and flailing LFOs - a testament to time spent round Levenshume's burgeoning hardware scene and surely influenced by a whizz-fuelled afterhours session with Ste Spandex. "Cardboard House" has sophisticated, controlled synthesis executed with aplomb, finesse and sheer class. DJ's are gonna be pissed when they see Kev's put this out on seven cos everyone's gonna wanna be hammering this in the club on 12". I say - have no fear and spin the 7" - it's still gonna go off! Everyone's been feverishly waiting for this EP to drop and boy does it deliver! Manchester brings home the bacon once again, with one of the stalwarts of our city bringing some of the most intoxicatingly sweet musica we've heard for ages. It's another score for BBR and a pleasure to see the resurrection of DNCN. The King is dead, Long live the King!

Matt says: After single-handedly dominating the indie / punk / shoegaze DIY scene here in Manchester with Box Bedroom Rebels. Kev Beard turns his attention to the (fucked up) dancefloor with this new imprint - Broken Dancefloors. First release is by lost legend DNCN - cajoled out of retirement by Kev for this iconic label debut. Setting the blueprint perfectly. TIP!