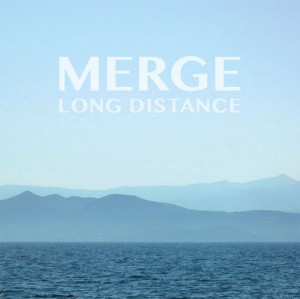 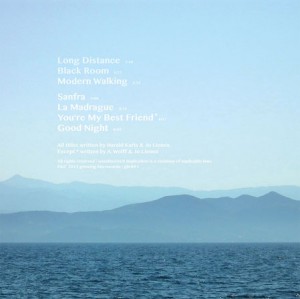 Hamburg's deepest head, Herr Basso gives the people what they want and delivers a limited repress of his first Growing Bin release. A lost album from studio project Merge, "Long Distance" is a wonderfully textured, calm and coastal LP, perfect for long summer days or warm autumn nights. I'll leave it to Basso to give you the details.

"Some years ago I discovered some copies of an unusal jazz fusion album called "Exchange" recorded in 1989 by the studio project Merge - released on the private Dorato Musikverlag. The bunch of copies I had were quickly spread over the globe and when a friend asked me if I still had one for him they were all gone. So I got into contact with Merge's mastermind and producer, Jo Lienen, who magically moved to my hometown Hamburg recently. Fortunately he still had a handful of copies left. (Saved from the distributioner who failed to do his job and finally recycled the remaining copies...) While we were chatting about life and music Jo told me about a second Merge LP that he and his friend Harald Karla recorded within just a few weeks in studio off-time in 1994. An album never released, because both of them were very busy in production / studio jobs and forgot about it a while after... Jo kindly provided me with a CD of the 1994 recordings and when I listened to it I got struck by lightning. This mix of jazz and ambient is EXACTLY what I'm after and I know there's a bunch of you guys out there who feel the same : ) Thanks to Jo and Harald for these wonderful tunes!!"

Patrick says: It's fair to say that German digger, dealer and GZA fan Basso knows a thing or two about tunes, and whenever there's a new Growing Bin release the heads out there get very excited. Going back to the start, GBR001 treats us to a previously unreleased nineties Balearic/jazz-fusion opus complete with lush synth washes, tinkling ivories, gentle percussion, bird song and lapping waves... Leave your preconceptions at the door!