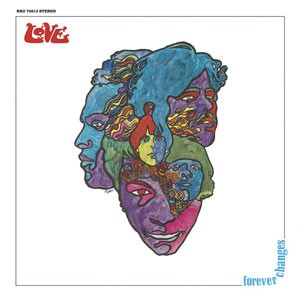 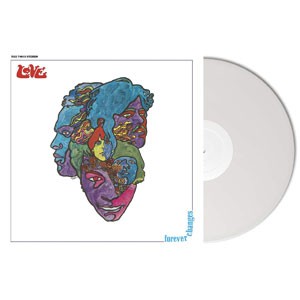 'Forever Changes' is Love's all-time classic album from the so called ‘Summer of Love’ of 1967. Neil Young was originally planned to produce the album but when he dropped out at the last minute it fell to Elektra in-house producer Bruce Botnik. Rumoured drug problems and band fall-outs created a tense atmosphere but one which resulted in an album of intricately arranged acoustic guitar, swelling strings and Spanish horns combined with morbid and foreboding lyrics which prophesized an end to the golden age.

'Forever Changes' is inarguably Love's masterpiece and an album of enduring beauty, but it's also one of the few major works of its era that saw the dark clouds looming on the cultural horizon, and the result was music that was as prescient as it was compelling – Mark Deming.