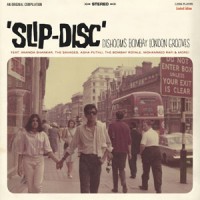 From rocking Bombay to swinging London: what a terrific trip! in the 60s, young Indians and young Brits struck up an unlikely relationship that resulted in some truly amazing music.

For this generation, culture was currency. hip young Indians rocked up in London. ‘Beat’ bands in Bombay belted out versions of the latest rock’n’roll hits. Indian musicians dreamt of making it big in the West, while British bands were eager to explore mystic, exotic India. Despite their very different upbringings, both Eastern and Western youth revelled in their opposing cultures. 'Slip-disc - Dishoom's London Bombay Grooves' is the sound of this cross-Continental youth revolution and a long-distance love affair.