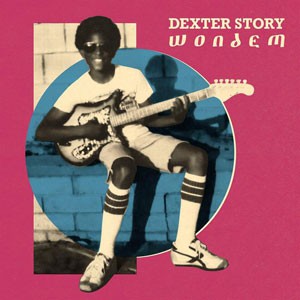 On his debut Soundway Records release, Story distils his diverse background in soul, funk, jazz and folk idioms into his own unique and worldly voice. Borrowing from Ethiopia, Eritrea, Sudan, Somalia, and Kenya, this collection of East African-influenced music is a testament to Story’s decades of dedication to artistic excellence.

‘Wondem’ was written and recorded in Story’s personal studio in downtown Los Angeles and one of his closest associates, producer, composer and musician, Carlos Niño co-produced the record. It was mixed at Niño’s home studio.

In addition Story worked with an array of collaborators on the record. Renowned multi-instrumentalist Miguel Atwood-Ferguson featured on the percussive track ‘Mowa’ and international producer and artist Mark de Clive-Lowe plays piano and synthesizer on a number of songs, in particular on ‘Yene Konjo’, where his acoustic piano playing there was originally inside of the main section of the song but Story felt it was so beautiful that he moved it to its own highlighted place.

Outside of ‘Wondem’ Story has used his many talents in a supportive role serving a who’s who of iconic artists throughout his career. From tenures as Snoop Dogg’s product manager and Meshell Ndegeocello’s day-to-day representative to performing with post-millennial luminaries like Dwight Trible, Quadron, Sa-Ra Creative Partners and Gaslamp Killer, Los Angeles-based Story has a proven track record of lending the assist to established and emerging artistry.